7 Crucial Steps to Minimize Drama in Your Life 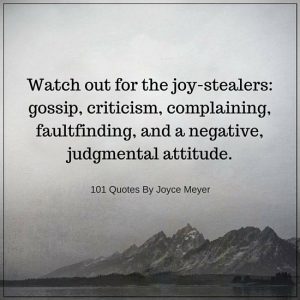 A personal story of a teen…

For quite a while all my friendships were roller coaster rides.  One day, we would be supporting each others poor decisions, immaturity, irresponsibility and we were attached at the hip sending constant play-by-play texts through the school day.

The next day, we’d by dragging each other down with a full emotional outburst, complete with nasty suspicions and unfounded accusations.  Then came the dramatic reconciliation of best buds, only to be short lived.

It didn’t just happen with my friends, but also the people I dated.  All along believing how crappy people are and how much bad luck I had.

For a long time, I mourned all the bad relationships I’d been in, as if I was some kind of victim who always got the short end of the stick.  Then one day, I realized that there was a reason I always found myself in the middle of drama:  I was attracted to drama like a moth to a flame.  Chaos was the normal for the majority of my life and when it wasn’t there, I felt I couldn’t trust what was going on in my life.  Life was “fake” without my drama and if it wasn’t with others, I would just struggle with myself.

It was so much easier to blame the world than to see that I needed to change.  Do you turn small issues into major problems too and would love to stop feeling so overwhelmed?

If there’s drama in multiple areas of your life, be honest with yourself – you’re the constant player.  Are you creating it?  Feeding it?  We don’t do anything repeatedly unless there’s something in it for us, so, what’s the payoff?  Think deep, it’s not always on the surface.

Now come up with solutions.  There are positive ways to get attention or excitement.  Can you explore other ways to add adventures in your life so that you’re not sitting around in the middle of drama or looking for it?  Usually, if we keep ourselves busy with self improvements or hobbies, exploring interests or working, drama becomes way too much work.

Be happy about little things, let the big stuff go because I can’t change it anyway. ~ Grace Foo

A lot of the drama takes place in our own heads, and it’s usually because we’re too deeply immersed in a difficult situation to recognize it isn’t as dire as it seems.  If you feel yourself getting overwhelmed by a situation, step back and realize this feeling isn’t permanent…nothing is!  Then focus on action steps…on the things that you CAN control.  What can you do to create a solution and change the situation? 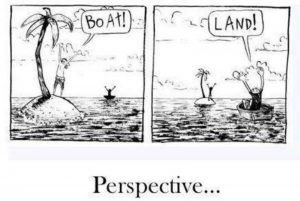 Don’t feed into other people’s drama either.

If someone repeatedly comes to you with catastrophes, give yourself a window of time when you’ll just listen, and then take care of yourself by walking away without getting involved.  Also, resist the urge to jump into a pity party.  You’ll be helping your friend too.  Often people calm themselves down when other’s don’t join into the complaints and drama.  Lastly, your calm energy may even help them learn to let it go.

Take an inventory of which people in your life leaving you feeling stressed and unhappy more often then not.  If you don’t want o completely remove a toxic relationship, then minimize the time you spend with them.  If you don’t want to change how often you see each other, recognize drama triggers.  When the conversation moves toward her horrible mother, steer it somewhere else.

Be clean and straight with other people.

A lot of drama comes from poor communication and confusion.  Eliminate it by finding the courage to say exactly what you mean.  It may be harder in the moment, but it can save a lot of heartache in the long run.  Return the favor by being willing to let others come talk openly with you and not flip out just because it’s not something you like.

Be slow to label something as “drama”.

Sometimes what we’re labeling as drama is just someone who really needs us.  Focus on being there and being a friend in the moment.  It takes practice to tell the difference between someone who is venting and someone who just wants to bring other’s into the drama.

Sometimes it seems like drama happens to us and we’re powerless to remove ourselves.  Another perspective is that every time we find ourselves immersed in something that seems overwhelming, we have an opportunity to learn how to deal with challenges better.

Life will always involve mini fires that we feel desperate to put out.  If we can learn not to fan them into a raging forest fire, then may actually be able to light our way in life.

Credit: Lori Deschene, author.  Somethings were altered to fit on the page.